I’m becoming concerned about my cooking habit.  Every day, I tell myself I won’t buy more fresh produce and won’t cook anymore, because cooking eats up so much time in prepping, the actual cooking, and then cleaning up and washing dishes.  I really should use my time better.

But then I buy more fresh produce and then feel like I have to cook things before that produce goes bad.  This is a not-happy-making cycle.

I am serious about being worried about this, forreal.  I worry that I am becoming OCD about cooking.

Part of this results from the large volume of ordinary produce sales — one bunch/bundle (단) of most produce (though not all vegetables are sold in 단)  is too much for 1-2 people to eat before it spoils.  So then I feel pressured to make 반찬 from the remaining produce.  The produce is so cheap though!  Argh I’m not helping myself LOL.

Further complications: I have a TINY kitchen, with the following issues: 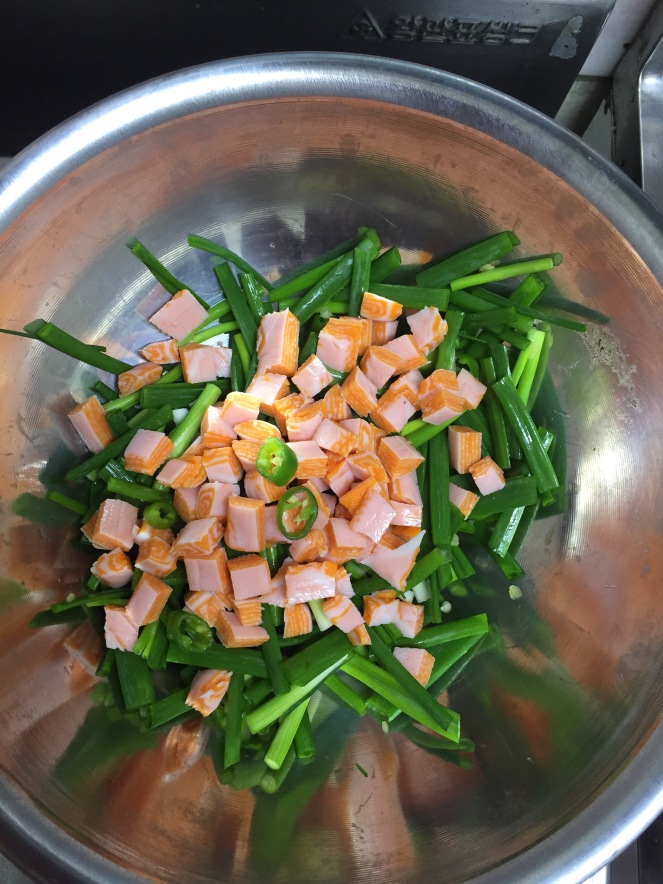 below: 파전 and my tiny counter space 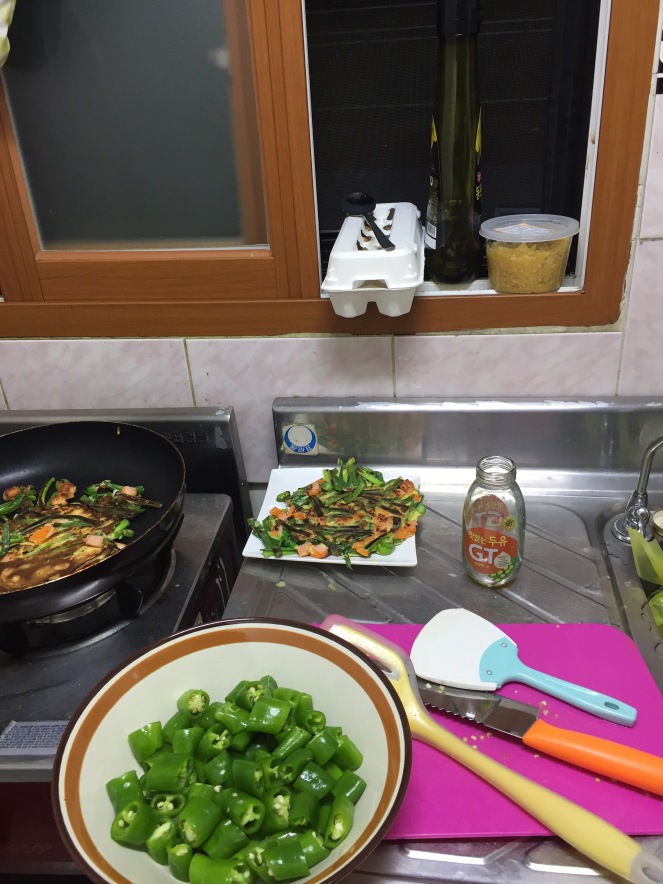 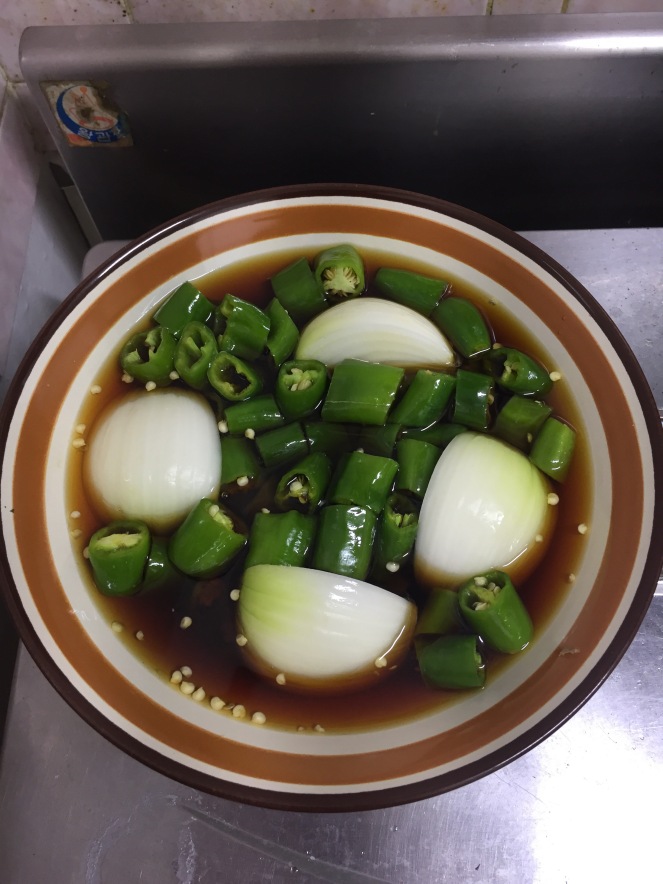 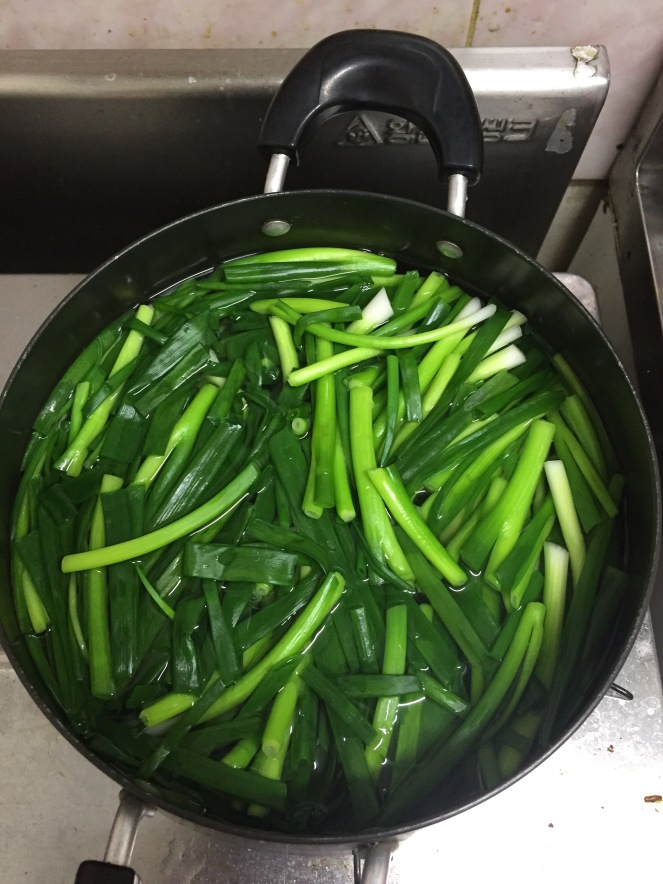 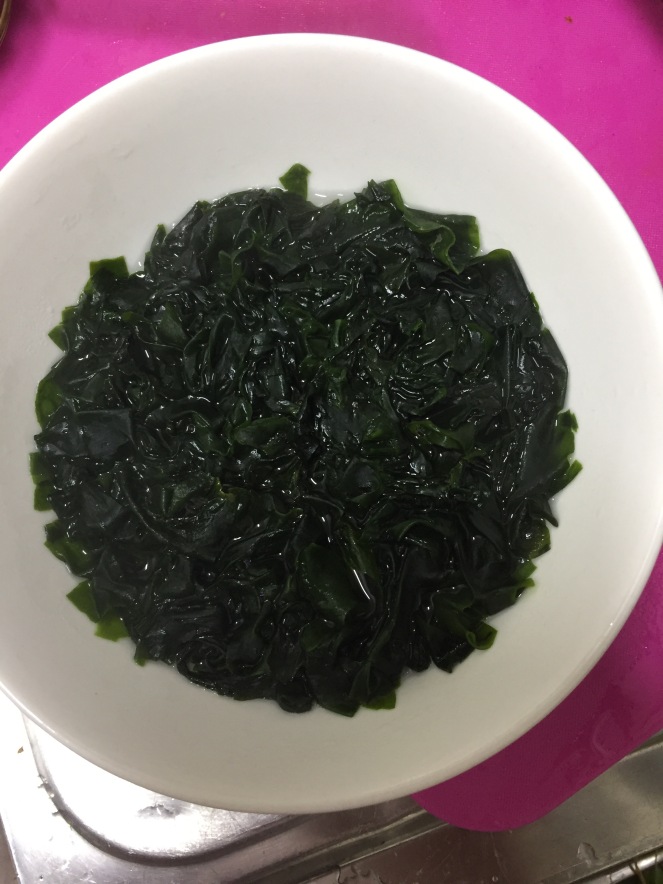 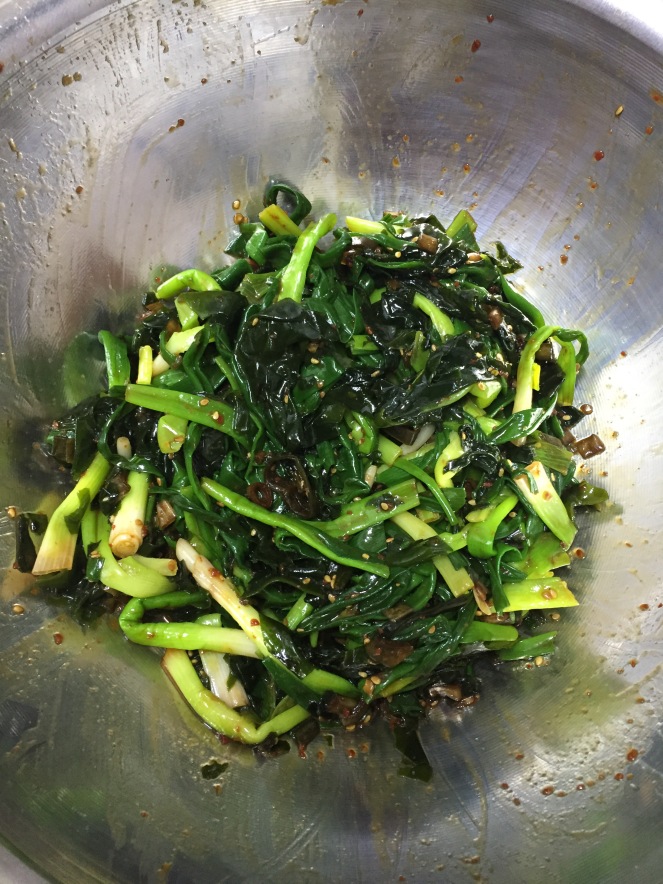 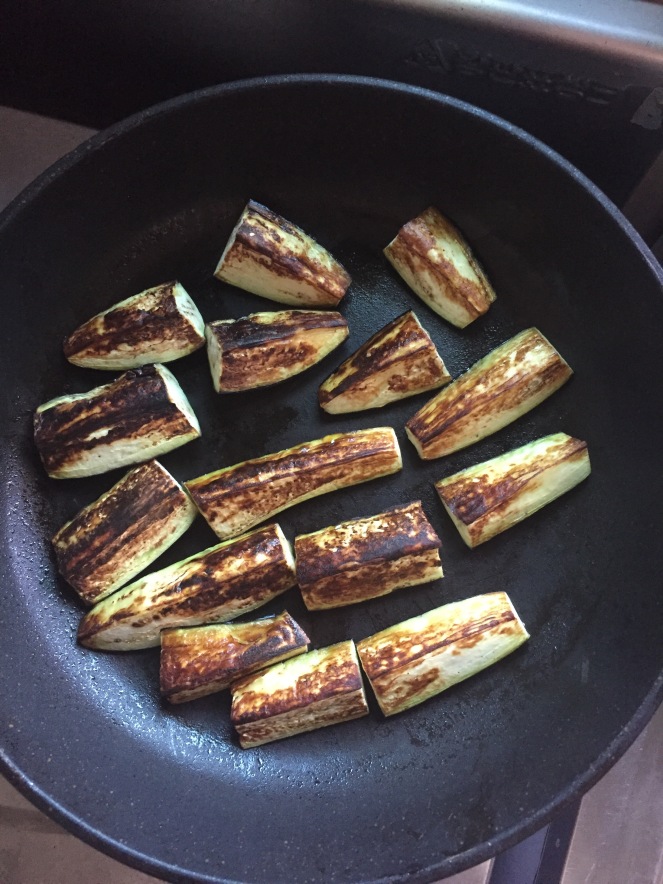 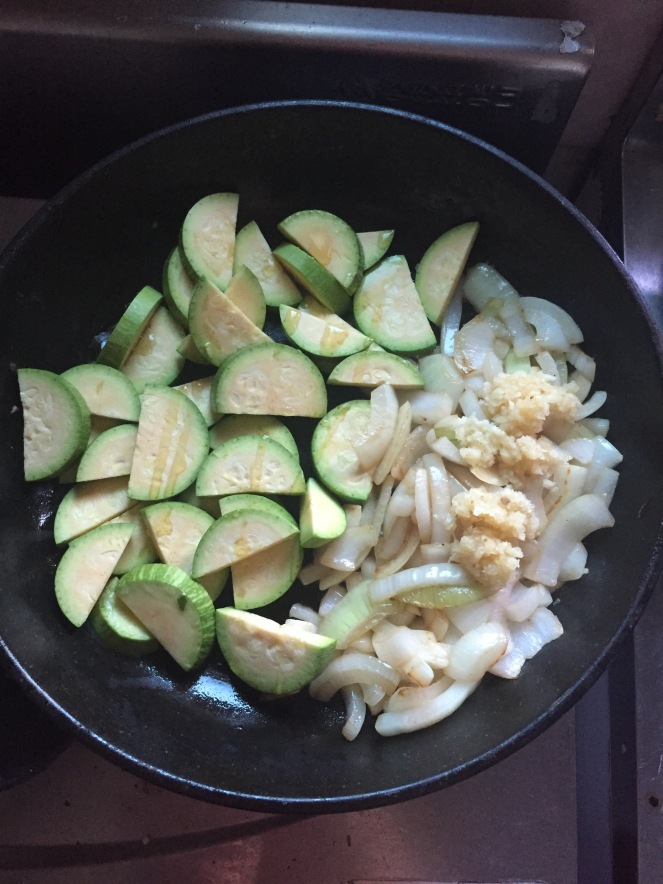 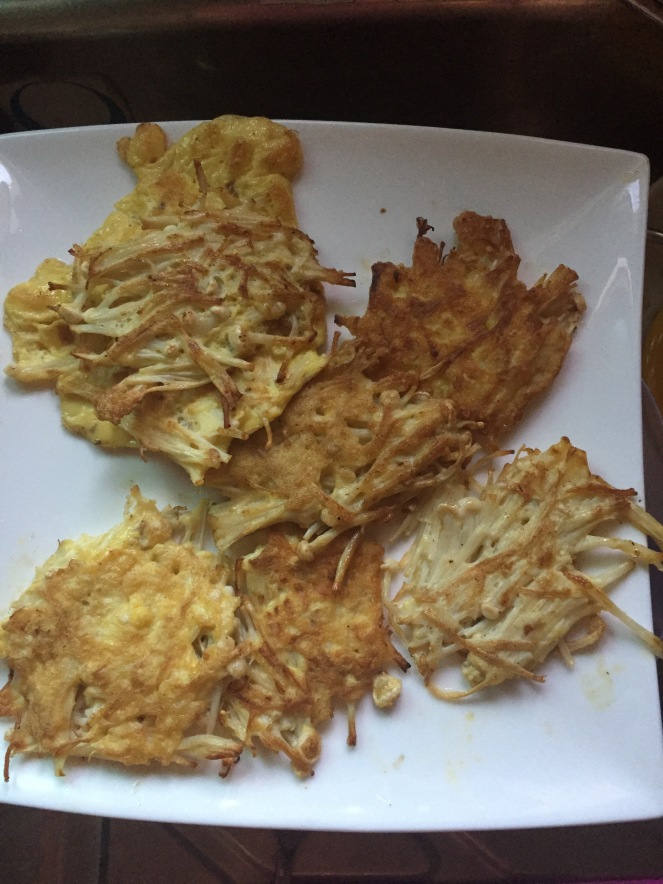